Posted by admin on February 7, 2019 in Recent Work 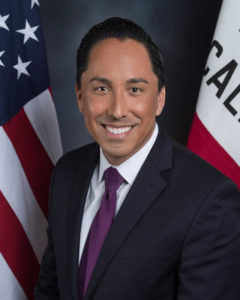 Todd began his public service career working for the County of San Diego’s Health and Human Services Agency. He went on to join the office of U.S. Congresswoman Susan Davis serving as a community representative and eventually her district director. Having developed a passion for housing and homelessness solutions, Todd was appointed as a San Diego Housing Commissioner from 2005 to 2008.

In 2008, Todd was elected to the San Diego City Council. As a City Councilmember, Todd is credited with bringing thousands of affordable housing units to the City of San Diego as well as helping to reallocate the City’s limited homelessness service funds towards results-oriented programs.

During his two full terms on the City Council, Todd was selected by his peers to serve as City Council President for two terms and served as the City’s Interim Mayor from August 2013 to March 2014.  Todd’s service as the City’s Interim Mayor is credited for restoring the public’s trust in city government. He strengthened the City’s organizational structure and developed a groundbreaking, legally-enforceable Climate Action Plan.

Known as one of the most accessible elected officials in San Diego, Todd remains in close contact with neighbors throughout his District and credits San Diegans for keeping him focused on the issues that matter most in their communities.

We are proud to have Assemblymember Todd Gloria as the Guest of Honor at our 10th Annual Asian Cultural Festival!