Posted by admin on May 2, 2018 in Uncategorized

On behalf of the California Senate Republican Caucus, I welcome you to the 9th Annual Asian Cultural Festival of San Diego! What a wonderful way to experience the incredible Asian American traditions and culture in May, which also happens to be Asian Pacific American Heritage Month. Families will be entertained by a fun-filled event that will offer performances such as Taiko drummers and lion dance.

According to the Pew Research Center, in 50 years, Asian Americans will make up 38% of all U.S. immigrants and are projected to become the largest immigrant group in the country. The Asian American population in the U.S. grew 72% between 2000 and 2015, from 11.9 million to 20.4 million, which is the fastest growth rate of any major racial or ethnic group. The Pew Research Center also states fast population growth suggests that Asian Americans will eventually be the nation’s largest immigrant group.

Asian Pacific American Heritage Month raises awareness of the contributions and achievements of Asian Americans and Pacific Islanders. From the first millennial Fil-Am, Ninio Fetalvo, currently appointed to work in the White House as Assistant Press Secretary, to my good friend and colleague, Senator Janet Nguyen, the first Vietnamese American elected to the California State Senate, Asian Americans and Asian Pacific Islanders’ contributions are sure to inspire generations to come.

I wish you a successful festival! 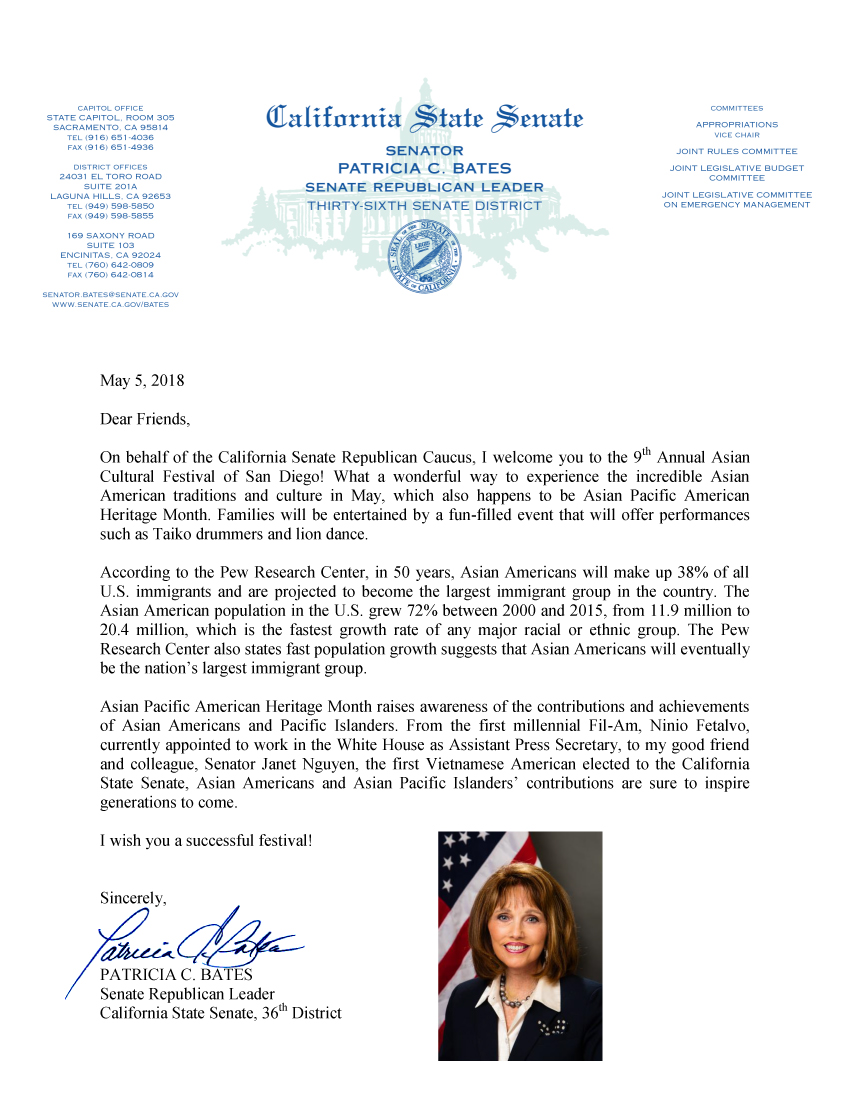